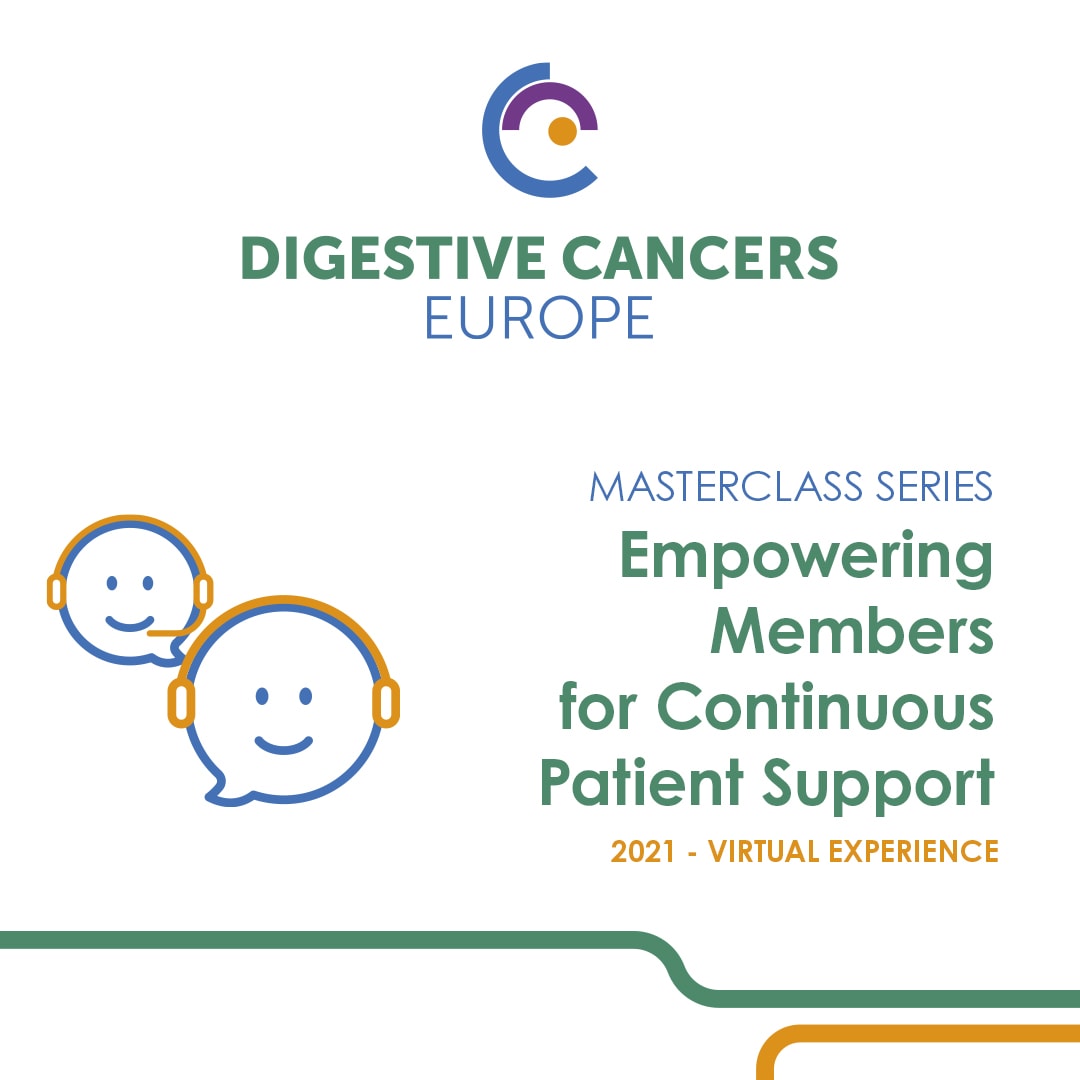 Our 6th Masterclass Series will run throughout 2021 as a virtual experience.

On Thursday 18 November is World Pancreatic Cancer Day. To honour this, our November’s Masterclass focus will be on pancreatic cancer. This type of digestive cancer is particularly challenging. Lack of early signs and symptoms hinder its early diagnosis, while its treatment remains difficult. However, a lot is happening in pancreatic cancer basic and clinical research. Advances in precision medicine and clinical trial development as well as the continuous development of recommendations for the care of patients with pancreatic cancer reflect that the tool set we currently possess for improving outcomes is more powerful than in the past.

We are delighted to have four experts who will cover different aspects of pancreatic cancer, covering treatment challenges, genomic research, advances in clinical trials and the patient perspective.

From 2002 to 2006, Professor Sobrero has been the Chairman of the Protocol Review Committee of the EORTC. He has served on the editorial board of the Journal of Clinical Oncology, has been part of the Scientific Committee of ASCO (2007-2008), and Chaired the GI committee of ESMO. He received the ESMO award in 2017. Recently he has launched a patient dedicated site www.youtumor.org to support patient information and empowerment. His main research interests include gastrointestinal cancer treatment and design and interpretation of clinical trials in oncology.

Núria Malats is the Head of the Genetic and Molecular Epidemiology Group at the Spanish National Cancer Research Centre (CNIO). She obtained her MD in 1986 and her PhD in 1995 from the Universitat Autónoma de Barcelona and was one of the first scientists working in genetic and molecular epidemiology in Spain. From 1992-1995 she coordinated a national multicentre project on the molecular epidemiology of pancreatic cancer (PANKRAS2). She is principal investigator of the European Study on Pancreatic Cancer Genetics and Epidemiology (PanGen-EU) and co-PI of the Spanish Bladder Cancer/EPICURO Study, both being large case-control/cohort studies integrating scientific interests from different disciplines in cancer development and progression. In addition, she is the Spanish delegate of the Public Health Genomics European Network (PHGEN).

Benedikt Westphalen studied Medicine and Molecular Biology in Hamburg, Philadelphia, New York and Bern. Benedikt started training in Internal Medicine at the University of Hamburg, Germany. In 2010, Dr Westphalen joined the laboratory of Timothy C. Wang at Columbia University in New York City as a postdoctoral fellow. His studies were focused on cellular plasticity and the origins of gastrointestinal malignancies. After postdoctoral training, he joined the department of haematology and oncology at the University of Munich, Germany, in 2013. In Munich, Dr Westphalen focused on clinical and translational research in pancreatic cancer. Since 2017 he heads the Precision Oncology Program at his institution.

I am a psychologist, currently working for an international company. Additional to psychology, I am also psycho-oncology graduate. After my everyday job, I voluntarily work for EuropaColon Poland which led me to be a member of Patient Advisory Committee by European Cancer Organization and member of Pancreatic Cancer Europe. Four years ago, I was diagnosed with pancreatic cancer and after successful treatment, I have decided to share my story with others, hoping it can do some good. I am passionate about helping and supporting and that’s why I am a volunteer and get involved in different initiatives focused on oncology.