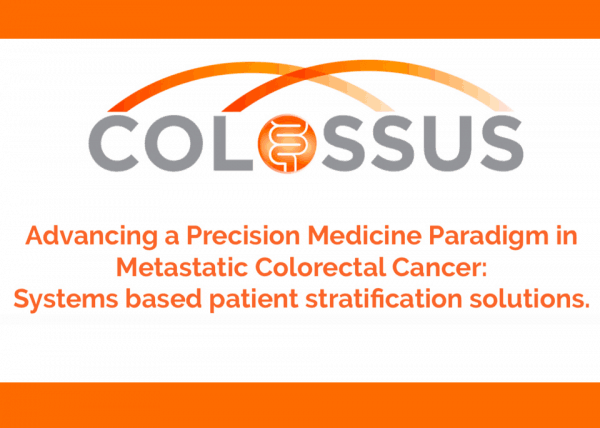 Event Report: How is research in Ireland addressing the challenges of bowel cancer?

Dr Sandra Van Schaeybroeck from Queen’s University, Belfast, the Coordinator of the MErCuRIC Project, gave a comprehensive and enthralling lecture which summarised the aetiology of bowel cancer and provided current statistics on its prevalence in Europe and throughout the world.  She elaborated on current treatment options and new clinical approaches to the four stages of the disease.  The importance of early screening was emphasised given the lower survival rates from the more advanced stages, particularly Stage 4 where the cancer has spread to major organs such as the liver.  For example, 6 out of 10 colorectal cancer deaths could be prevented if all men and women over 50 years of age were screened routinely using the newest techniques.  Additionally, the removal of precancerous polyps reduced the probability of contracting colon cancer by 70%.

A major research challenge internationally has been to improve the survival outcome of stage 4 patients with genetic aberrations in KRAS/BRAF genes.  These patients are often resistant to historical chemotherapy options.  The MErCuRIC study, a major European collaboration between several countries, including the UK, Belgium, Spain, France, Italy, Czech Republic and Ireland, is investigating a unique combination therapy of immunotherapy and chemotherapy in order to treat patients with the above aberrations.  The project is now in Phase 2 and 82 patients have been recruited.

The next speaker, Dr Ian Miller (RCSI), delineated exciting new research work in their laboratories where there has been a particular focus on new developments in the search for more sensitive and specific biomarkers in order to predict particular types of colorectal cancer.  This lecture complemented the work of the previous speaker in stressing the importance of more precise identification of biomarkers which had the potential to pinpoint more effective therapies for the treatment and control of bowel cancer.

The final speaker, Dr Orla Casey (Cancer Trials Ireland), detailed the comprehensive programme of research which they had supported in recent years.  Additional to a large number of major clinical trials, there had been considerable effort expended on translational studies typified, for example, by the COLOSSUS study outlined by the Chairperson, Professor Annette Byrne, at the beginning of the session.  Biobank studies were continuing to prove of extreme value in making the most effective and efficient use of large datasets that were already available from patients.

The event, organised by Danielle Nicholson of Pintail Limited with assistance from Dr Alice O’Farrell (RCSI), was a major success and captivated a very attentive audience of health professionals and patients.  Dr Ed Goodall of Digestive Cancers Europe (DiCE) and the Northern Ireland Cancer Research Forum (NICRF) Patient Advocacy Representative commented, ‘The event did indeed provide a fitting finale to Bowel Cancer Awareness Month.  For Health Authorities the message was clear and explicit.  Instigate screening programmes for all male and females over 50 years of age and back them up with comprehensive awareness campaigns for potential patients.  Secondly, support the exciting research being conducted in our major universities prevent, diagnose and treat more effectively the various types and stages of colorectal cancer’.

COLOSSUS has received funding from the European Union’s Horizon 2020 research and innovation programme under grant agreement No.754923. MErCuRIC is funded by the European Community’s Framework Seven (FP7) under contract #602901. The materials presented and views expressed are the responsibility of the authors only. The EU Commission takes no responsibility for any use of the information set out.

Click here to read the full report from Colossus.