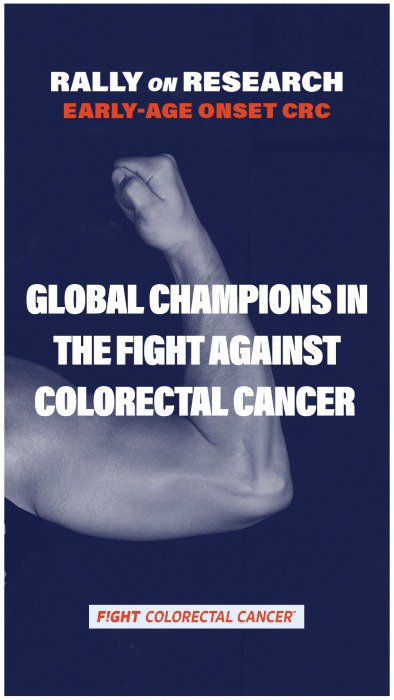 Vincent de Jong from Gouda, The Netherlands, was a healthy, married father of two when he got the shock of a lifetime in 2015: he had stage IV colon cancer. He will be one of four panelists to join a conversation with other patients and caregivers facing Early-Age Onset Colorectal Cancer (EAO CRC) during the virtual Rally on Research on June 24-25, 2021. The event is free to attend and DiCE Members are invited to join – register now.

“Cancer runs through my mother’s side of my family, but still, this non-smoking, non-drinking, non-overweight vegetarian was caught by surprise by this freakish disease,” Vincent says. “At diagnosis, I was like a deer caught in cancer’s stage IV headlights, especially when I learned that only a rare and extreme procedure known as HIPEC could offer some chances of survival. Little information from a patient’s perspective was available in my country, but a friend who also has cancer pointed me to some high quality internationally orientated CRC Facebook communities that encouraged me. I hope that my story will inspire others to seek strength in the universal quest to beat cancer.”

To illuminate patient experiences around the globe and bring an advocate voice to a critical discussion with clinicians and researchers about EAO CRC, de Jong will discuss topics like what he faced leading up to his diagnosis, experiences during treatment, and what the survivorship experience has been like. He will join an international panel moderated by Danielle Ripley-Burgess, author and Fight Colorectal Cancer’s Chief Storyteller who was diagnosed with stage III colorectal cancer at age 17. Other panelists include:

The Rally on Research is hosting the online two-day conference to bring together the global research and clinical community to address increasing rates of colon and rectal cancers in adults aged 50 and under, also called bowel cancer in some parts of the world. Anyone with a special interest in EAO CRC—oncology researchers, clinicians, patient advocates, public health professionals and science writers—is encouraged to attend.

“It is very saddening to see that this disease is increasing in young people. As a European organisation representing patient organisations offering support to people living with CRC, we’re very happy to be collaborating with Fight CRC. We look forward to this event. It’s the continuation of our working together to put emphasis on awareness raising among young adults so that they know what the warning signs are and ask to be checked for cancer as early as possible,” said Zorana Maravic, Acting CEO Digestive Cancers Europe

Since the mid 1990s, cases in those under age 50 increased by around 51%; there’s been incremental increases of 2% per year in patients younger than age 55.

“This is a global problem and the numbers are growing,” said Andrea (Andi) Dwyer of the University of Colorado Cancer Center and advisor to Fight CRC Research and Patient Education. “To continue the research, international collaborations are key to understanding this disease.”

During the two-day conference, discussions on screening rates around the world, treatment and care, research funding, and progress and needs within EAO CRC research will take place.

To attend the Rally on Research and take part in dynamic, real-time conversations, view poster presentations and visit the online expo, register now. Recordings of the event will be made available to those who register.

ABOUT THE RALLY ON RESEARCH

The Rally on Research got its start in 2019 as the Early-Age Onset Colorectal Cancer International Symposium, a vision of Dr. José Perea from Madrid, Spain who partnered with Fight Colorectal Cancer, a leading patient-empowerment and advocacy organization in the United States. The first Symposium was hosted in Denver, Colorado, USA, and had more than 45 attendees from four countries. The second Symposium in 2020 went virtual and had over 500 registrants from 17 countries.The 2021 event has been renamed to Rally on Research and will continue to focus on EAO CRC and be hosted online. The Rally on Research is sponsored by No-Shave November and Taiho Oncology. Learn more or contact us for more information.