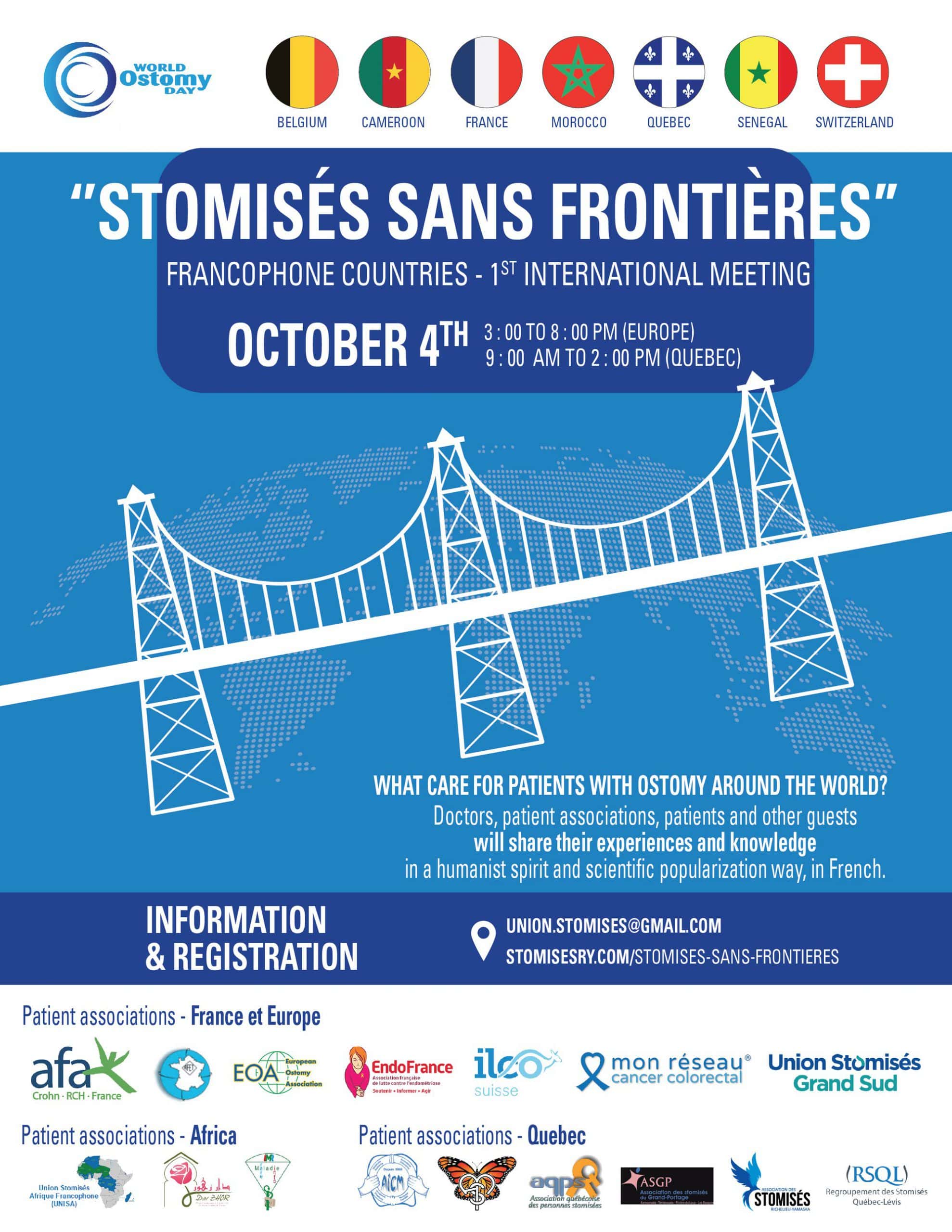 Digestive Cancers Europe’s French Member ‘Mon Réseau Cancer Colorectal’ (MRCC) had the honour of bringing together 16 French speaking patient associations from three continents to discuss at a half-day session on the topic of living with an ostomy – both urinary and digestive.

“From a tiny idea that grew during the National Ostomy Day on May 3, where we wanted France to be present at the World Ostomy Day (on the first Saturday of October), we eventually built a French-speaking bridge between three continents and 16 patient associations,” says Cyril Sarrauste Vice-President of the MRCC. “The webinar initially planned was transformed into a bigger project welcoming 150 participants ‘Ostomy Without Borders’: a successful half-day of exchanges, testimonies around this ‘handicap’ that is ostomy.”

Ghislaine Gerbier, DiCE Administrative Manager, spoke at the closing of the event where she emphasised the importance of cross-border collaboration between organisations. Saying that by sharing tools, knowledge and competences, the patient voice can reach more people and be better heard. “I really appreciated hearing from the speakers -patients, doctors and nurses. Their testimonies allowed many taboos to fall away on this topic. Also, several initiatives were highlighted on how to improve the daily life of people living with ostomies,” she says.

Another French-speaking edition is already planned for 2022!

If you are a French speaker you are invited to watch the session or contact us for more information.